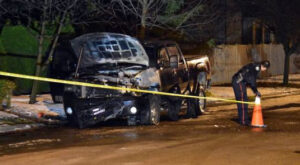 Several organized crime groups working within the towing industry have been using violence and property damage as a way to grab control and territory within the industry in southern Ontario, York Regional Police said Tuesday, while announcing multiple arrests.

Police said the Greater Toronto Area has been a staging ground for violence in recent months, with rival tow truck companies fighting over profits from the towing of vehicles and frauds after the initial tow.

Investigators announced that Paramount Towing, which is owned and operated by Alexander Vinogradsky, along with other rival towing companies, have been defrauding insurance companies with vehicles involved in collisions and staged collisions.

Towing companies then partnered with auto repair shops and car and truck rental companies to carry out their frauds, police said in a news release.

According to investigators, multiple people have been arrested and charged in connection with the probe, after several search warrants were carried out in areas around the Greater Toronto and Hamilton areas in April and May.

“It’s a true wild west show out there,” said John Henderson of the Provincial Towing Association of Ontario.

“It’s gotten to the point where there could be as much as 60 per cent of the towing industry in the GTA [that] is run by the criminal element.”

Police say evidence seized as part of the search warrants include:

Police say insurance companies had been working to “mitigate the fraud and additional costs to the consumer” and had launched legal action against several tow companies.

Vaughan’s Carr Law had been hired by the insurance companies, police say, and then became the target of violence, threats and extortion. 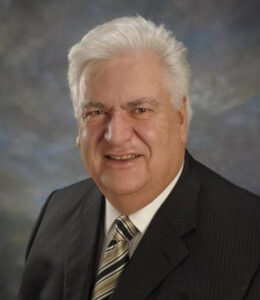 John Henderson, of the province’s Fair Towing Task Force, says lack of regulation is one of the causes of the violence plaguing the towing industry in Ontario. (John Henderson)

For the past three years, rogue towing companies have been using intimidation and violence to carve out territory, police say.

Four drivers have been killed in connection with the turf war, police say.

Earlier this month, a 23-year-old man was found fatally shot in his tow truck.  Two teens have been charged with first-degree murder in connection with that homicide, although police say they don’t believe the killing was connected to the conflict.

At least 30 tow trucks have been burned, and there have been dozens of cases of extortion and robbery. 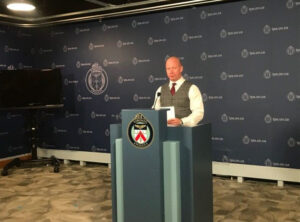 He said the violence has spread to the point that the office of a lawyer representing one towing company was set on fire recently.

Part of the problem, Henderson said, is the lack of provincial oversight. At the moment, GTA towing companies are governed largely by a patchwork of municipal bylaws.

Henderson sits on a provincial task force — made up of government officials, police, the Canadian Automobile Association and towing companies — aimed at bringing province-wide standards, licensing and training to the industry.

• Tow truck tricks: Don’t get scammed after an accident

One of the solutions the task force has been looking into over the past year or so is an app that would automatically award a tow call to the closest provincially-licensed operator. If that driver doesn’t respond within 30 seconds, the call is given to the next closest truck.

Henderson said the task force’s findings will be used to help craft provincial legislation that would bring the industry into line.

“If we’re able to get in proper licensing and regulation, you won’t have six unlicensed tow trucks show up at the scene of an accident,” he said.

Toronto police wouldn’t agree to an interview. But in a statement to CBC Toronto, Supt. Steve Watts of the organized crime enforcement unit said investigations aimed at quelling the violence are bearing fruit.

He said seven drivers were charged and 23 firearms were seized in another probe last year dubbed Project Kraken.

“The Service is determined to disrupt these groups with a co-ordinated, intelligence-led and partnership response, covering everything from threatening behaviour to firearms, as well as insurance frauds,” the statement reads.

“We have seen results and continue to.”